Over the last four years, Connie supported her son as he managed periods of severe mental illness. When she discovered Access 24/7, she felt she finally found a place that could put him on the road to recovery.

Connie’s son was 36 when he called her late one night having severe hallucinations and fearing for his safety. “That was the end of him living on his own,” she says.

Previous to 2015, he had struggled with small mental health issues here and there, but there was no sign of anything more severe. He had a job that was supportive of him, and he maintained his mental health by going to work. But throughout 2015, he struggled with personal issues at home and interpersonal conflicts in the workplace. “It probably reflected in his work but he didn’t notice,’ says Connie. “He lost his confidence.”

Then the hallucinations began.

‘We sought help at a GP to start. When I was trying to deal with his psychosis, it was devastating to watch, never mind to have him go through it. I think the part that got us through most of that was our family doctor, who was very familiar with mental health.”

Over the course of several months, Connie’s son was referred to counselling, which was a positive step, but was too simple, she says, for the severity of his symptoms.

The relaxation techniques, dealing with anger and anxiety–those simple coping mechanisms were too basic. He went because there was nothing else to do.

Connie’s son was eventually able to see a psychiatrist and was put on anti-psychotics. His hallucinations calmed, but Connie could see her son’s substance use still played a factor in his ongoing struggles. He participated in two inpatient programs addressing his substance use over the next couple years. While it picked him up quite a bit, the focus on substance use didn’t leave him time to reckon with his mental health, and once he left the program–with its daily regimen of counselling, group sessions, and activities– he found himself without structure and continued to struggle.

“We managed as best as he could with what he learned there, and the counseling he had received,” says Connie. “He even worked for awhile. But the more time went on, the less he was able to cope. The paranoia grew to be quite extensive throughout 2017/18.

When his ongoing family doctor, his main source of support, moved to Vancouver, the situation became unmanageable for Connie and her son. She didn’t know where to go.

“Going to emergency after that was devastating,” says Connie. She felt her son wasn’t taken seriously. The visits resulted in short term solutions that didn’t address his paranoia or lead to consultation with a psychiatrist.

There came a point in July of this year where Connie felt something needed to change. “My goal has always been to help him with his recovery, but it got to a point where his delusions were overtaking him for too long.” She no longer felt the avenues she had pursued in the past would lead him to the help he needed. A typical wait to see a psychiatrist for her son was at least 3 months, while her last two visits to the emergency room with him led to hour-long waits with no solutions. “He was like a zombie from being up for days, but he didn’t pose an immediate risk to himself or others so we were sent home.”

After months of watching her son in distress, barely sleeping, Connie came across a story announcing that a new access point to mental health services– Addiction and Mental Health Access 24/7–had opened. “When I first read about it online, I just thought ‘this is exactly what I’ve been looking for,’” she says.

Launched in June 2019, Access 24/7 provides in-person assessment, crisis outreach and stabilization around the clock, every day of the year in Anderson Hall (10959 102 St. N.W). Community members can access walk-in, phone and outreach services, including information and referrals; support for individuals and families to navigate Alberta Health Services (AHS) and community services; consults to community providers; intervention and treatment. They can also access a wide variety of services through one telephone number: 780-424-2424.

Connie called the Access 24/7 number and was pleasantly surprised to learn a psychiatrist was available on site.

“I found out about it and we were at the office by 7am.”

Connie’s son was immediately taken to be assessed, followed by an opportunity to speak with a peer support worker. “He liked being able to talk to somebody who knew what he was going through,” says Connie. To her and her son, it felt like they were surrounded by people who cared and believed he needed help. It was a tremendous relief. “Having him taken seriously was the big thing. It was the help he needed to start with,” says Connie.

Through Access 24/7, Connie’s son was connected to a psychiatrist, and with his ongoing help, she believes her son is on a path that will lead to independence in the future.

Connie knows her son isn’t going to get better overnight, but she’s grateful for the change in his health she already sees. “It’s just little things in his voice,” says Connie, “or him making dinner. I actually heard him singing downstairs the other day. He hasn’t done that in four years. I want to jump and kick my heels!”

For Connie, this small celebration was hard won. It’s been a difficult road as a caregiver. There were times she wouldn’t go anywhere because she scared about leaving her son alone. “It’s terribly isolating,” she says. Now, she tells everyone she knows that Access 24/7 is open and a place to find help.

“Before, Access 24/7 I didn’t know where to go. So having this place that we can go and physically see someone in person, was a big thing for him and me. And if things get bad again, I know where I can go.”

When asked if she feels more hopeful about her son’s future, she doesn’t hesitate: “Yes! He’s singing!”

Addiction and Mental Health Access 24/7 was opened with support by donors of the Mental Health Foundation and the Royal Alexandra Hospital Foundation. We’re still fundraising to ensure family and peer support workers are always available to provide guidance to individuals who seek help at the centre. You can donate today here. 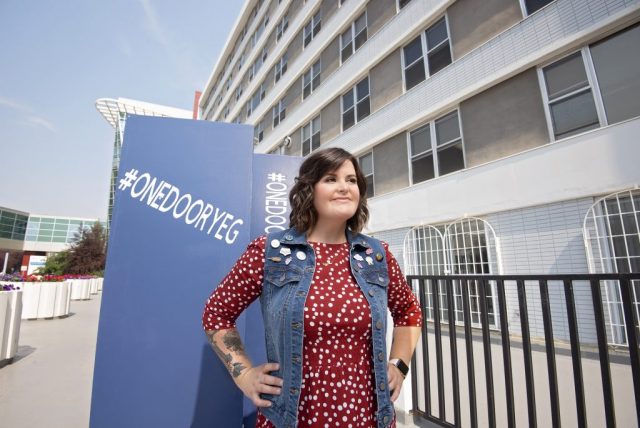 The campaign that started it all. 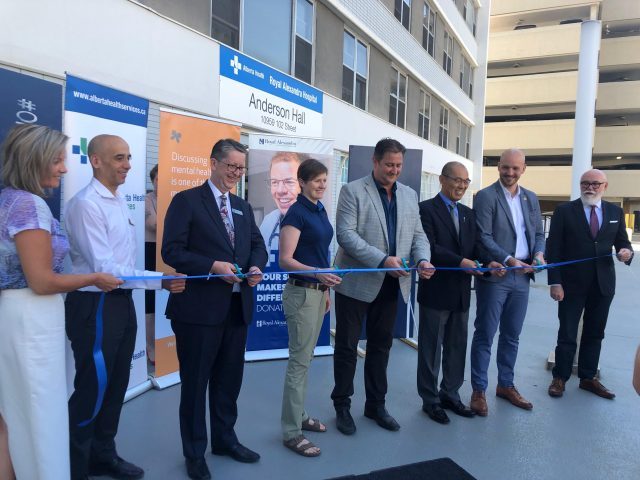