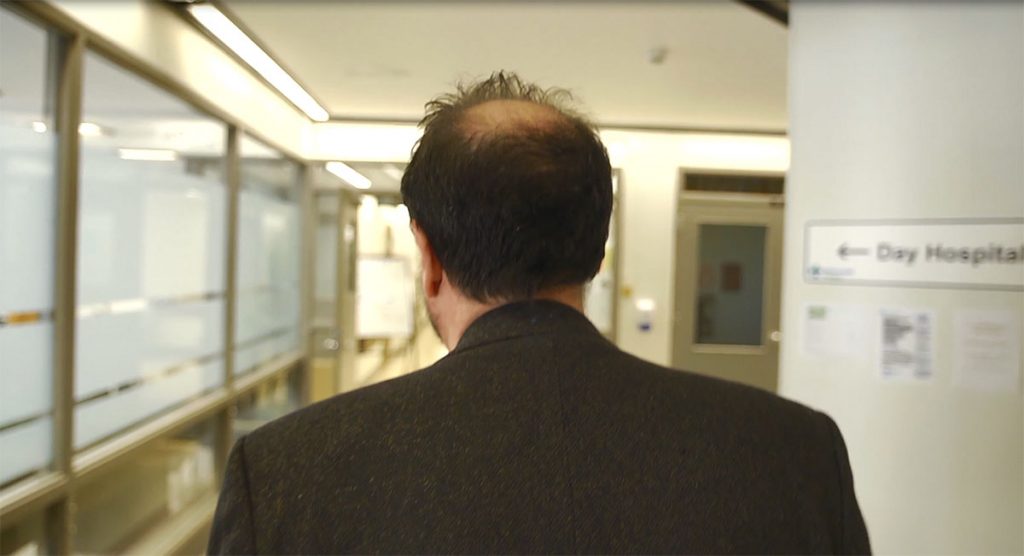 Len lived with bipolar disorder for 30 years, but spent most of it maintaining the appearance of success. Beneath the surface, he was flailing. Thanks to his time at the Day Hospital, Len learned the skills he needed to truly manage his illness, and begin living his life.

He was 25 and already a successful businessman when a colleague who had noticed his erratic behaviour asked him to consider getting help. Though Len didn’t believe he had a problem, he agreed to meet with a psychiatrist, who gave him his diagnosis. He was prescribed lithium, a commonly used treatment for the disorder.

Says Len, “I took the medication faithfully, but I didn’t make any other attempts to manage my bipolar. I was high-functioning and as long as everything looked smooth above the surface, it didn’t matter that I was flailing my feet like a duck under the surface.”

He lived his life this way for three decades, until this January, when he woke up in the hospital a day after trying to take his own life. Len was involuntarily admitted to the inpatient unit at Alberta Hospital Edmonton. He quickly composed himself, planning to show his treatment team that he had moved on from they dark place they had found him in so that he could get out as soon as possible.

His psychiatrist recognized that Len needed to decide for himself to get help. He removed Len’s certification, and told him he could choose to stay voluntarily.

Len decided to stay. His doctor then offered him the opportunity to join the Day Hospital program.

The new program was created as an avenue for individuals in need of psychiatric care to participate in a therapeutic environment but still get to go home to their bed at night. The first of its kind in the Edmonton Zone, the Day Hospital program provides a cost-effective alternative to being admitted into a hospital, where patients often must stay longer and report feeling frustrated and isolated from their communities. 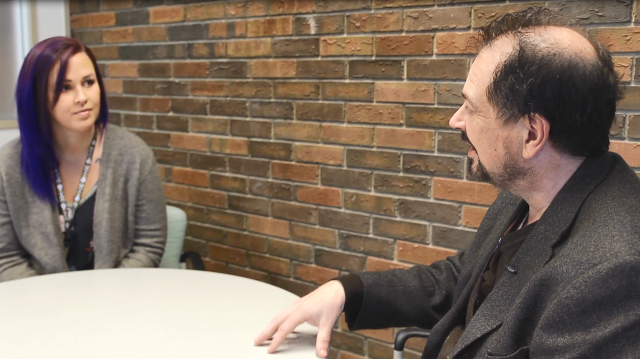 A hospital stay can make reintegration into the community and home life difficult, while the Day Hospital–offering a hospital environment with a community philosophy– has an interdisciplinary team with all the skills to support any needs a patient may have during the day so they can return home to family, friends, and community at night.

“We look at how we can support patients who are in hospitals currently by transitioning them out of the hospital with the wraparound supportsthey need,” says Shelley Daubert, Director of Adult Acute Services. “We foster independence by working beside our patients.”

The program is complementary to services already offered, supporting patients in individual in group settings 7 days a week. The Day Hospital also provides timely access to supports from emergency departments for patients who would otherwise be admitted if this program didn’t exist. It helps prevent unnecessary hospitalizations, which also helps the overall flow of the system.

I didn’t know what to expect, but I knew what I was doing was no longer working. It was a matter of life and death for me. I never learned the skills to cope with my illness. I just called the pharmacist every six months, and they refilled my prescription. I wasn’t dealing with anyone but myself, and I wasn’t thriving.

Len describes his time at the Day Hospital as humbling. “They opened my eyes.” Len, a business speaker all his life, had never spoken to anyone else about his emotions. “I didn’t think they were things I could change, but through the group I recognized that I wasn’t the only person going through experiences like mine.” The individuals in Len’s group were people from all different walks of life, with differing financial circumstances, yet “they all ended up in the same place as me,” says Len.

For the first time he did not feel alone. Speaking about his experiences helped Len, but it was listening to the stories of others that made him recognize that he had just been surviving his whole life. He hadn’t really been living.

“If there was no Day Hospital program, I would have gone back to work, told everyone I was better, and history probably would have repeated itself. The program saved my life,” shares Len.

“We’re so incredibly grateful to donors, for not only giving us this opportunity to improve the lives of Albertans, but believing in us,” says Daubert. “These Albertans, many of them vulnerable, are now thriving because of the support they received at the Day Hospital.”