Imagine being consumed by an overwhelming feeling of sadness. Imagine losing interest in activities you used to really enjoy, feeling as if life is not worth living. This is clinical depression 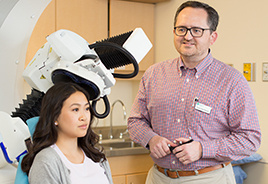 Depression can rob a person of their joy, vitality, friends, family, their work, and even their very life. A lot of people identify with depression because they have been sad over a loss. Depression is associated with sadness, but represents something more.

If I am at a dinner party, when I tell people I study depression in teenagers, I get – Have you met my kid? Aren’t all teenagers depressed? One part is not true there. Nobody invites scientists to dinner parties. It brings the whole room down.

Depression isn’t teenage blues or a mid-life crisis, but a true disorder of brain function. Depression is a smothering blanket that covers everything and robs you of the joys found in life. It makes going to work or even being with loved ones a sometimes-insurmountable chore. Depression hits during the prime working years and has a tremendous cost to society. The loss in productivity is on the order of billions. Stigma also makes treatment more difficult. People are often reluctant to seek help, to tell loved ones and co-workers.

Fighting depression has proven difficult. Finding the right medication or therapy for a person can sometimes take years. First-line treatments like antidepressants and psychotherapy result in remission of symptoms in about half of people. New treatments are needed to help those left behind. In Alberta, this represents tens of thousands of people. These are your friends, neighbors, co-workers, and family. It may even be you. Without effective treatment, depression keeps going about its dark business, colouring every aspect of a person’s life.

So, what can we do to fight it? Over the past few years there have been no truly novel medications put into practice. Developing a new medication takes decades and billions of dollars. There is hope in a next generation technology, Transcranial Magnetic Stimulation or TMS. TMS uses rapidly changing magnetic fields to make brain cells in a target area get to work.

I first became aware of it at a conference. One of the first devices was there and scientists had gathered around to see how it works. We took turns using it to activate the part of the brain that controls arm muscles, making our arms twitch. The machine would tell those brain cells to fire. Scientists working in neurology and neurobiology immediately saw its potential. If it could put brain cells to work, it could change function in the brain – helping people suffering from all sorts of disorders.

In TMS for depression, we target a part of your brain called the dorsolateral prefrontal cortex. This part of the brain is responsible for regulating your emotions, acting as the boss of the rest of the brain. Everything that makes you a viable adult, a good partner, employer/employee, friend, parent is affected by how this piece of brain functions. It is one of the last parts of your brain to develop, not finishing until your late twenties or early thirties. Its development can be affected by your environment – your life helps instruct how to wire the brain.

In depression in both adults and teens, this part of the brain is not doing its job so well. It is on a different developmental trajectory, one that changes its structure, function, and chemistry.

TMS for depression targets this part of the brain. Unlike medications, which go from the top of your head to the tip of your toes, TMS activates an area about the size of a quarter near the surface of the brain –helping those cells get back to work.  It’s like after knee surgery, when a person has to do rehabilitation exercises to get it working again.  TMS, by being repeated over weeks, helps to teach those parts of the brain to take control over your emotions again.

TMS, when done right, has a strong track record of helping people who haven’t responded to front line treatments. In the United States, TMS is widely available. In Canada, Ontario has done some pioneering work and other jurisdictions are adopting this technology.

TMS is safe and well tolerated. In our work with kids with depression and Adam Kirton’s work with kids with strokes, the kids rank it less fun than a birthday party, better than the dentist, and about the same as a long car ride with their parents. I have seen kids go back to school, reengage with friends and family – get back to living.

TMS for depression is just the start – teams all over the world, including here in Alberta, are uncovering new ways to use it. Indeed, Alberta is becoming an international leader in brain stimulation research. For example, at the University of Calgary, the Noninvasive Neurostimulation Network (N3) has been created to help push these boundaries further. Research studies are showing its promise in other areas – treating anxiety disorders, stroke, concussion, Tourette’s syndrome, autism, and beyond.

Brain stimulation represents the future of mental health research and treatment. We are moving away from clinical intuition to something deeply rooted in the biological evidence that both supports a treatment and why it works. I love the Mental Health Foundation’s slogan, a “better future in mind”. It connects with what TMS has to offer. We have the chance to act right now to help build a better future for tens of thousands of people in Alberta, and to set an example for the rest of the province and Canada by embracing next generation technology that can help improve and even save lives.

Frank MacMaster is an Associate Professor of Psychiatry and Paediatrics at the University of Calgary and the Scientific Director for the Addictions and Mental Health Strategic Clinical Network in Alberta Health Services. His research is focused on using brain imaging to identify targets and predictors of treatment response to brain stimulation in pediatric neuropsychiatric disorders like depression and Tourette’s syndrome. 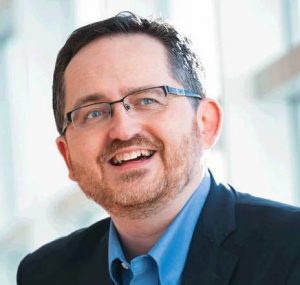