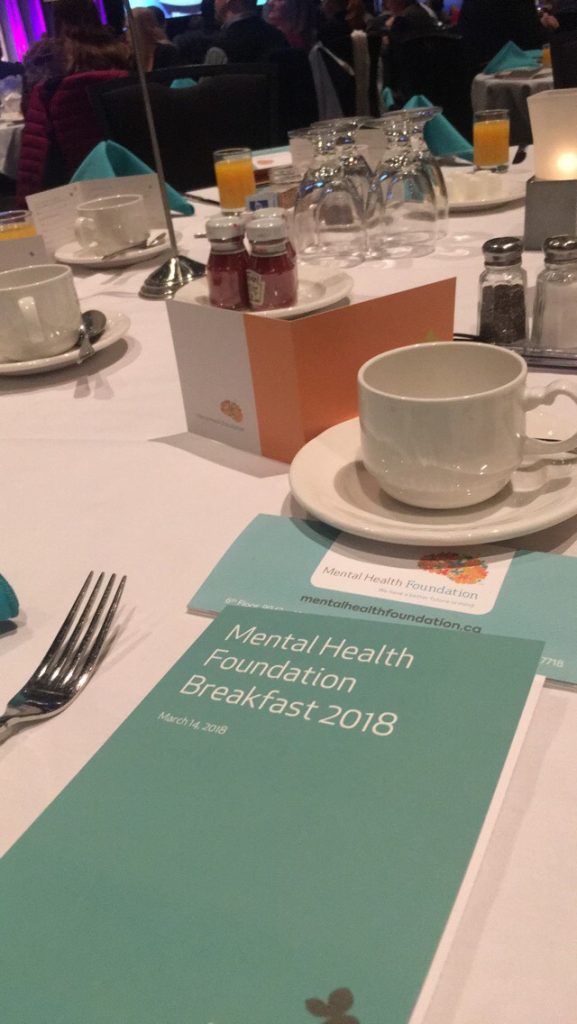 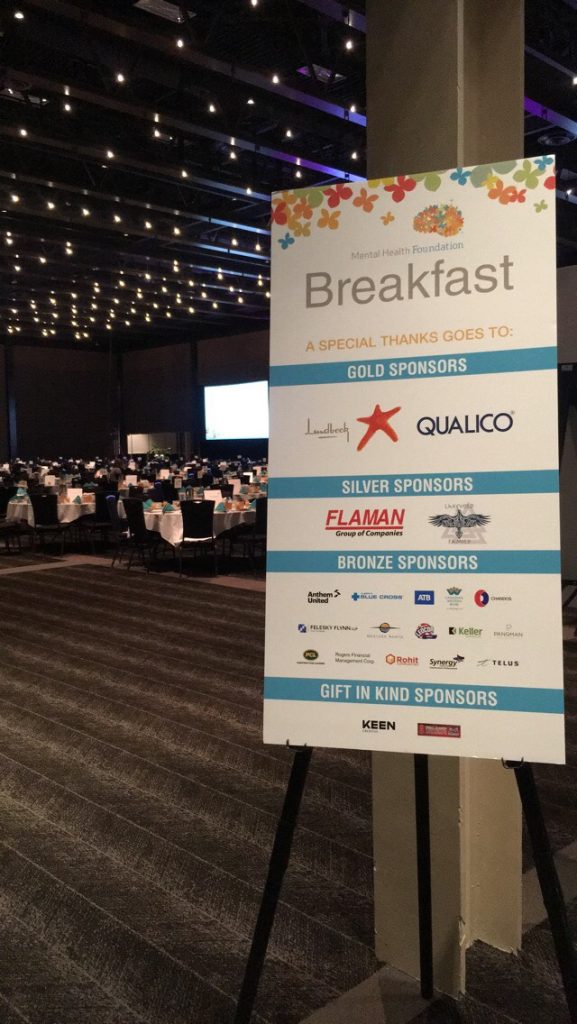 This year’s Mental Health Foundation Breakfast marked a milestone for the Foundation: we welcomed our first sold out crowd to the Shaw Conference Centre, all gathered to celebrate and support mental health in our city.

We have long been fortunate to have a dedicated community by our side, but the almost 900 community members in the room signaled the growing importance of mental health to local individuals and organizations. We were in awe. Together, our community raised $287,000.

Along with our community, we were joined by two compelling speakers­–Dr. Peter Silverstone andNakita Dool–who helped us highlight an area of mental health that we believe requires urgent attention: prevention and early intervention.

Why the urgency? Because 70% of all mental health conditions emerge in childhood or early adolescence.

In order to work towards a system with the capacity to meet demand, we must be proactive instead of continuing to just react. That means increasing our attention to our children’s mental health needs and helping them build resiliency while their problems are small and manageable. 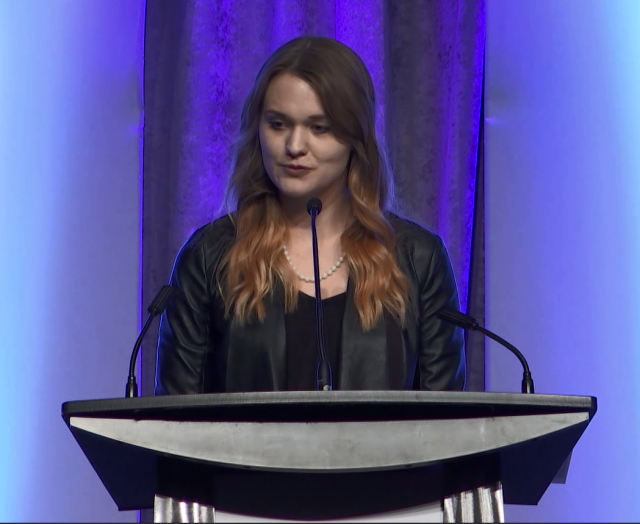 Nakita took the stage to help us understand the personal consequences of failing to provide support for our children. Nakita is now a mother of two and a peer support worker for a local youth mental health clinic, but she once wrestled with demons of her own: she is a former drug addict.

While no one can trace exactly how addiction takes hold, Nakita told a story of a little girl who quietly struggled with her mental health alone. By 12 years old, depression was a shadow over her life. At 13, she was prescribed antidepressants, but with no follow up support, therapy, or anyone to hold her accountable, she failed to adhere to her treatment, and instead turned to street drugs. It took until Nakita was 18 before her family could admit she had a problem and found her the help she needed.

That was five years ago. “Looking back,” says Nakita, “so much could have been different. I needed help as a child but I didn’t get it.” Recognizing this, she knows she has a chance to do it differently with her own children; she encourages them to talk, she’s there for them physically AND emotionally. And she’s speaking out. Her words at the breakfast were her attempt at giving back because of the help she received during her recovery.

Nakita recognizes, like we do, that there are many barriers to wellness for young people and that there is more we can do. She wants more for her children, and for others’ children. And clearly her words resonated; her talk was met with a standing ovation.

Dr. Peter Silverstone followed up Nakita’s powerful words with some research that helped further define the challenges we are facing with our young people and their mental health. “It’s important for us to understand the real impact of mental health disorders,” he says.

Peter shared 3 statistics based on research from an initiative he led in Red Deer called the EMPATHY Project.

20-30% of these students have anxiety severe enough to interfere with their lives, whether socially or academically.

And the most sobering: 4% (that’s at least 1 student in every classroom) actively consider suicide.

“Everything is pointing to the fact that we must prevent, we must intervene early,” he summed up. Peter shared the project’s success in bringing these numbers down, simply by providing mental health training in health classes and offering mental health assessments to each student.

Peter also shared his excitement about an initiative in Australia that works as a solution to the kind of troubling stats above: headspace.

What about headspace has Peter excited? There are almost 90 headspace hubs in Australia–local clinics for youth to walk into when they need help for their mental health–and they’re located in places like malls and other places youth actually go. The hubs are tailored to youth. In fact, they’re the model for an initiative the Foundation has helped support since its launch early last year (and at which Nakita works): ACCESS Open Minds.

Peter finished his talk by stressing the importance of making more mental health services accessible to youth, in the community, inside schools, and at home. “We have a need that is huge, and we need tools to overcome it.” 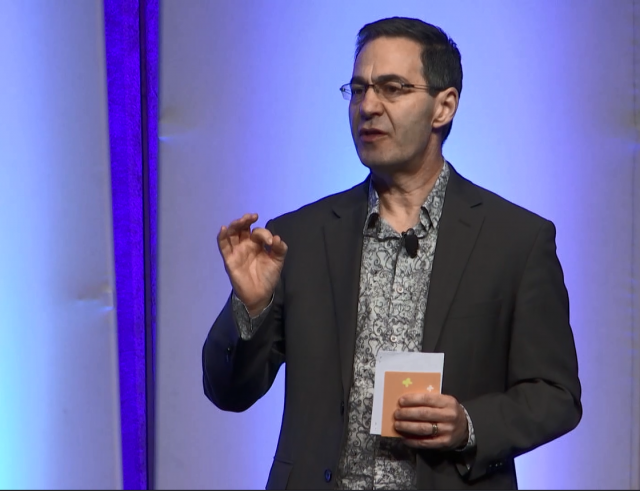 Our breakfast speakers made clear the importance of investing in our youth, and the community took action.

The Foundation is already supporting services for youth. We help provide mental health services in five of the highest need schools in Edmonton (through All in for Youth), and we support one Access Open Minds site. We also provide a limited number of supports to families, which are already having tremendous impact.

But we can do more. And the room of people who joined us agreed, helping us raise our largest amount to date. That means we can expand on the positive work we’re already doing and build an integrated framework of care that ensures youth will be able to access specialized and engaging mental health care when and where they need it.

If our children see and believe mental health is important to us, it will be important to them. The impact will traverse generations. For those of you who joined us, who chose to sponsor the breakfast, or who donated: Thank you.

You can still help us provide support to local young people and their families: share our message or donate today.

Want to know more about what the Foundation supports? Check out our new video.