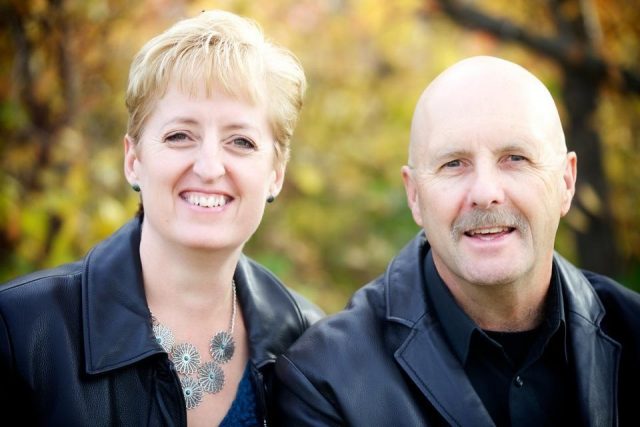 Kelly and Stu first got connected to ACCESS Open Minds when they saw an article about its launch last April. Their son, Thomas, had been diagnosed with schizoaffective disorder 3 months prior. They found the system confusing, and were unsure how to navigate it to find the services they needed, so they reached out.

That’s when they found Seren.

Seren is an ACCESS Clinician, whose job is reaching out to youth in the community who need support but are not interested in engaging with the system.

She just listened to us. We felt validated.

Seren, it turns out, had already connected with Thomas on the street through drop-in hours she had been holding at the Armoury (YESS) and iHuman (Thomas is very artistic, say Kelly and Stu).  She knew Thomas’ parents wanted to be part of his care team, and she helped involve them. Through ACCESS, they also found out about Family Connections™, which they signed up to take part in.

Still, helping Thomas proved to be difficult. In July last year he became an inpatient at Alberta Hospital Edmonton (AHE). By the fall, after two prior attempts, he had run away from the hospital. No one knew where he had gone, and AHE discharged him from his program. They lost contact with him on a Wednesday. “We didn’t know if he was alive or dead.” Meanwhile, the weekend coming up was set to be their first Family Connections workshop. Under these circumstances, they didn’t know if they’d be able to attend.

Our anxiety was beyond anything we had felt before; we just had this feeling that if we didn’t find him he would die on the street
Kelly

Thomas was well known by everyone around him as the sweetest, most lovely person around. He was a talented musician, and had a creative soul. But when Thomas was manic, she elaborates, he knew no concept of boundaries. They had gotten to know their local police officers because of how often Thomas would take off and end up in the middle of the highway stopping cars.

Saturday morning at 3 AM, just hours before their Family Connections workshop, Thomas finally texted them to let him know he was okay. They made a joint decision to go ahead with the workshop. “We just hoped they wouldn’t ask us to talk or share that day.”

One thing that Family Connections brought into Kelly and Stu’s life was a method for communication, something that had been missing in their home. “We could never just talk. It would always escalate,” says Kelly.

Even with the support of doctors, their attempts to help wouldn’t always work. They would try to fix him instead of validating his feelings.

It’s like he spoke another language. We just wanted to learn how to talk to him.
Stu

“But we didn’t know that at the time,” remarks Kelly, gesturing at her Family Connections handbook.

The course changed how they viewed Thomas’ illness. Their facilitator described brain scans of individuals with mental illness, and how they visually differed from a healthy brain. It helped ground the skills and lessons in the course, filling in the “why” that had been missing in past instructions for supporting their child.

It was very engaging and practical. We began to see how we were just setting him off. The temptation was always to reason with him, but when someone’s experiencing psychosis they can’t reason any more than someone in a wheelchair can stand up.

Kelly describes walking into the first morning of Family Connections with their heads down, carefully looking around. They quickly realized they were surrounded by others who spoke their language. “Everyone shared their story. I was heard. Everyone connected.” There was a lot of crying. The couple could sense the ice breaking.

Just from one weekend our grief, depression and burden was lessened. I can’t fully describe the emotional change. It was palpable. We wanted to share it with others.

Kelly and Stu immediately signed up to be future facilitators in Edmonton. The fact that the course was free meant they could afford to get support, something that they knew other families would value, too. And the course provided caregivers with their own validation: “You don’t have to be perfect. You can fail at it,” says Stu.

When Thomas had called early Saturday morning before their course, they had refused to let him come home. “We loved him, but we were lost,” says Stu. After an arduous weekend of skill building, the two parents finally connected with Thomas on Sunday evening. Their experience at the workshop had convinced them that they could make a go of it, and they invited their son back into their home.

“Before that, we wouldn’t have made it 15 minutes before I challenged him and he blew up.” This time was different. They picked him up and had a peaceful car ride home.

“When he came home and we validated his feelings instead of treating him like a tenant, he soaked up the compassion like a thirsty man in the desert. He became child-like. He wanted to be around us.” And instead of wrestling with him to be respectful of space, and obey house rules, they took a step back and found Thomas slowly adjusted his behavior on his own.

We achieved peace of mind. Before, when I came downstairs, I dreaded seeing the mess he’d make and the fight that would ensue. But I didn’t let it bother me, instead focusing on my own emotions. Our lives didn’t completely change. Thomas was still Thomas. But we changed.
Stu

Family Connections gave their family the language to accept their situation as it is. “We heap so much negative emotion on ourselves. But everyone is doing the best they can in this moment.” For the Maxwells, it was no longer “us vs. him,” and instead was just “us.” “It brought us together again,” says Stu.

Shortly after Kelly and Stu shared their story with us, Thomas sadly lost his battle with mental illness. Despite this tragedy, Kelly and Stu firmly believe in the power of Family Connections. Thanks to the skills they learned, they found peace in their home at last, and have been able to move on knowing that Thomas’s last two months were filled with positive memories.

To see upcoming Family Connections workshops in your area, visit the Sashbear website.