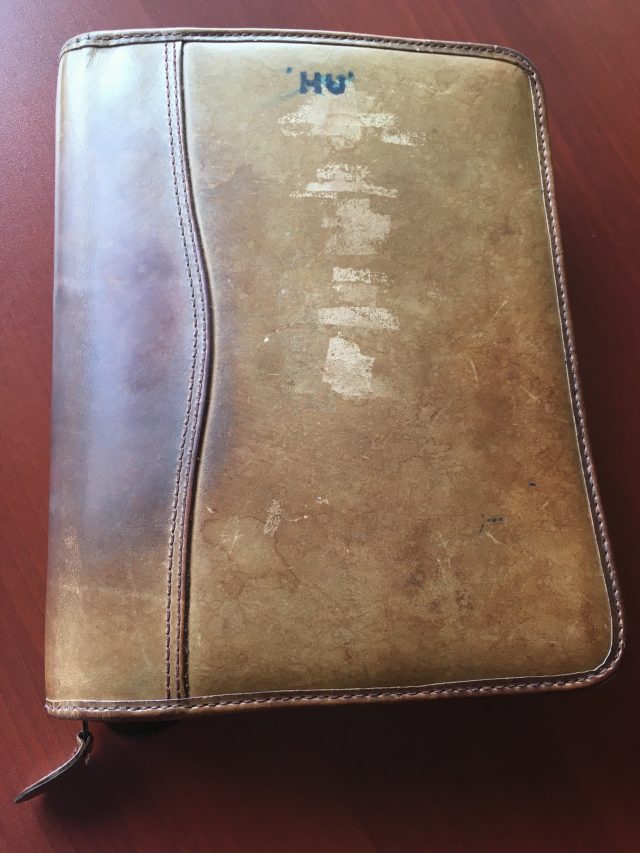 Three years ago, Steve Leskiw hit a rough patch. He retired from his teaching career and was at a crossroads in his personal life as well. He was selling used cars when a friend approached him. “Steve,” he said, “it looks like you’re searching for something.” This was Steve’s introduction to HU. Though it was a rocky start, he still uses the simple mantra today, only now he uses it to help individuals who struggle with addiction and mental illness find peace.

When Steve himself first started using HU, he was a self-described “on and off hu-er.” It took a few years and the use of sticky notes around the house to remind him, but it eventually became a regular part of his life. “HU is extremely simple,” says Steve. “You just have to do it.”

What he calls the HU Effect involves the repetition of a single sound—HU—for a sustained period of time.

While not a treatment option by itself—HU is better considered as complementary to an individual’s care pathway—the benefits of HU are many. In fact, it shares a lot in common with some of the newest e-mental health options: it’s cheap, it’s user-friendly, and it’s portable. “My HU goes with me anywhere,” says Steve (whether in his car or at the top of Victoria Falls). It is a tool that people can go to immediately whenever they feel like their emotions aren’t under control—a calming mechanism— perfect for our fast-paced world.

Steve decided to share HU after his success in his former role at Our House, an addiction recovery centre for men. Steve recalls his first year working at Our House; 8 months in he was ready to quit. “I looked at the applications coming in and compared the patients’ concerns to the treatment options we offered. Our House’s programs treat addiction, but the number one concern being described was anxiety, and it wasn’t being adequately addressed.” That’s when Steve began introducing HU to the men at the centre.

After a year of positive reception, Our House ran a pilot with 12 participants over 20 days: “a HU immersion,” as Steve calls it. Twice a day, in the morning and in the afternoon, the men gathered for 20 minutes to sing HU together. It took on its own meaning for each of them; one of the men, who suffers from PTSD, even began to notice that his nightmares no longer plagued him. Staff noticed that it helped the men focus in their other sessions. When the pilot ended, it was considered successful enough to become a regular offering at the centre, and when Steve retired, many men continued and independently taught it to others.

The men at Our House saw HU as an effective way to regulate their emotions, so Steve naturally imagined its potential benefits for patients struggling with their mental health. He offered to replicate his pilot project at  Alberta Hospital Edmonton (AHE), and they hosted him there earlier this year.

Throughout January, patients and staff could attend a morning or afternoon session at AHE, spending 20 minutes together each day reciting Steve’s simple mantra and experiencing its powerful vibrations. Those who attended were all at different levels of cognition and wellness, but found ways to individually benefit. One participant has autistic spectrum disorder and saw HU as an opportunity to self-sooth; they now continue it on their own. The simplicity of HU, though it confused some of the patients initially, made it a widely-accessible tool to enhance their existing treatment.

One of the women who participated had to attend the sessions with a chaperone; she had more difficulty than the others regulating her emotions and behavior. For the first 3 or 4 sessions, she appeared very agitated. But on the 5th day, about 10 minutes in, says Steve, she suddenly broke into song. She sang an entire verse of Silent Night, which ends with the phrase ‘sleep in heavenly peace’.  “Even though she seemed to experience considerable anxiety, the power of HU broke through. She found peace.”  The rest of the group didn’t miss a beat, they continued to chant HU around her as she sang. “It was an amazing experience for me,” says Steve, “but this is one moment I will never forget.”

Though chanting mantras has a spiritual connotation, Steve says it is a normal part of life. “What does a mother sing to her baby to stop its tears?” he asks: “A lullaby, a song of love and affection.” Like a lullaby, the continuous rhythm of HU quiets the mind and shuts down unhelpful noise. “What you lose as an addict is the ability to love yourself,” says Steve. Chanting HU is a small remedy for this, like singing a lullaby to yourself.

In 1997, Steve stamped HU onto the cover of a day timer he still carries around today, as a reminder to take time out of his day to reconnect with himself through HU. We think it’s an important reminder.

Nothing can replace treatment from a medical professional, but who wouldn’t benefit from stopping once in a while to sing a love song to themselves?

The Mental Health Foundation is dedicated to building better mental health in Edmonton, and we do this by raising funds to help support programs like Steve’s, which gives patients extra tools to regulate their mental health. You can help provide other programs for individuals struggling with mental illness by donating here.