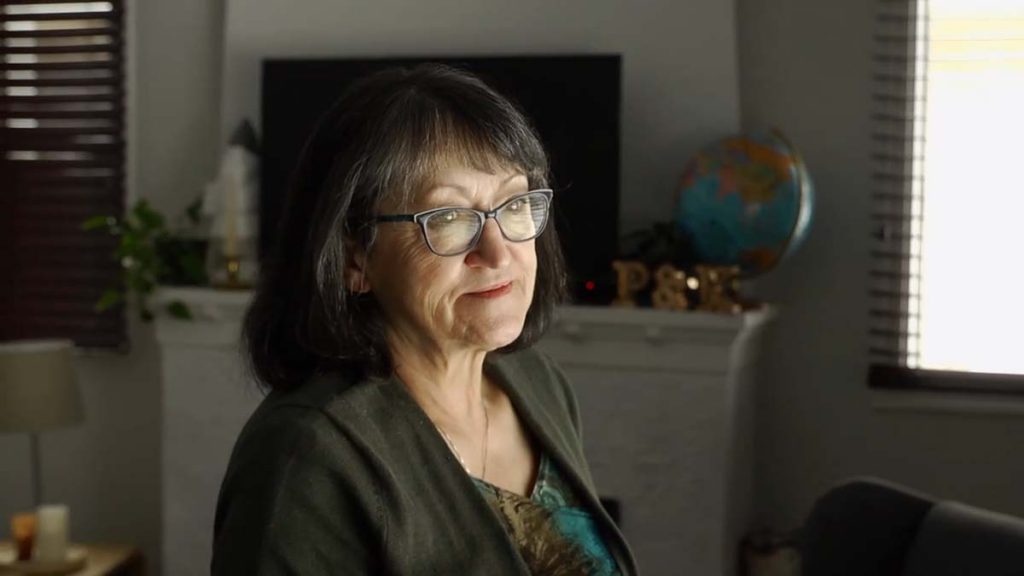 After 20 years of living with depression, Sharon was ready to try anything to manage her pain. One of the first patients to receive publicly available brain stimulation in Edmonton, she’s now able to live the life she’s always wanted.

One year ago, Sharon Siba attempted to take her own life. Having recently moved to Edmonton from British Columbia, her mental health took a steep downward spiral, and she felt hopeless.

Fortunately, she did not succeed. Sharon was taken to the hospital for supervision before being transferred to Alberta Hospital Edmonton. After a lifetime of depression, her stay at the hospital got her connected to a new service—the Day Hospital program. There, she was introduced to a new treatment option called rTMS* or brain stimulation that would finally alleviate her depression and change her life.

Born in Saskatchewan in 1953 to a farming family, Sharon struggled with depression from a young age.

I’ve been depressed, off and on, all my life. Right from the age of 6, far back as I can remember. There were times when I was happy in between, but I always came back to that feeling of sadness and being lonely and different from everybody else.

Even as she moved on into adulthood and became a nurse, Sharon battled her depression. Each time she confronted it, it felt progressively worse.

“I pretty much holed up in my house and never went anywhere, says Sharon. “I would make commitments, say I was going to go somewhere with people, and then always at the last minute I would be sick, I mean, really physically sick. I think it was all because of the depression. I just got so lonely.”

After surviving suicide and beginning her stay at Alberta Hospital, Sharon was treated for major depression and suicidal ideation. She started to feel better, but the thought of being released was a source of worry. Says Sharon, “I didn’t feel ready.”

As her release date neared, she was called into her psychiatrist’s office. Like 30-40% of individuals with depression, Sharon is treatment-resistant, and her psychiatrist let her know she was a candidate for brain stimulation. With a pilot program of rTMS set to begin at the Day Hospital, he asked her if she’d like to participate. She didn’t hesitate. “Anything that might help, I will try,” she told her doctor.

“I didn’t want to go back to the mental space I’d been in before.”

When she started the program, Sharon didn’t quite know what to expect. “I would have been shy to have ECT (electroconvulsive therapy), but this was just magnetic stimulation, so I didn’t feel like I had to think about it. It felt like a woodpecker sitting on my head, pecking away.”

Sharon received 6 weeks of brain stimulation–5 days a week­–while taking part in individual and group therapy offered by the Day Hospital. Each day, she laid back in a recliner for just over a half hour, and counted the pulses of magnets stimulating nerve cells in her brain, helping to alter dysfunctional brain patterns that contribute to depression. 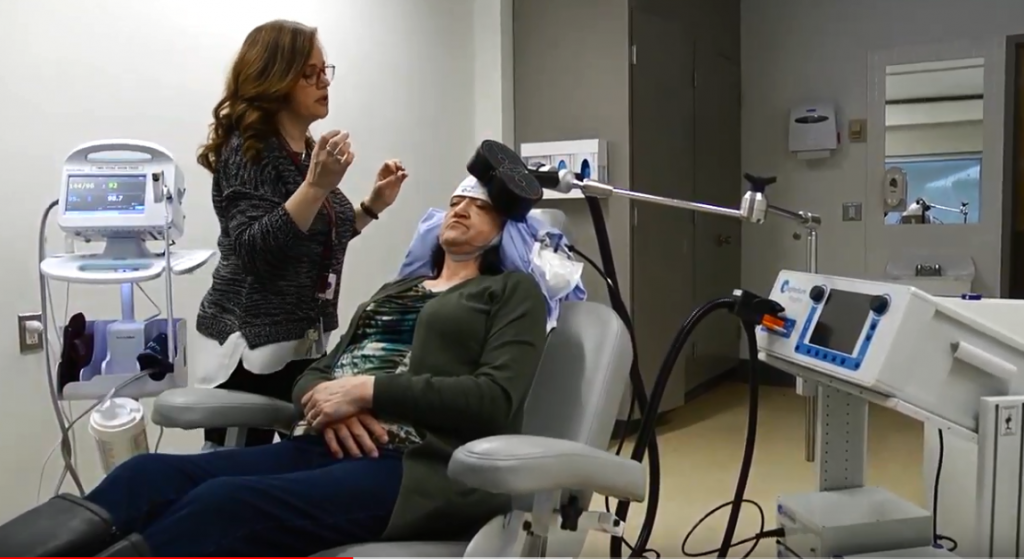 Once she had progressed in her treatments, she was surprised at just how much her life started to change. In addition to improving her mental health, Sharon felt that the change in her mood and emotions positively impacted her physical symptoms as well. Her body experienced less pain than before. And, she began to feel less isolated, looking forward to going out and talking to people for the first time in 20 years.

Having completed her brain stimulation treatments, Sharon is full of hope. She wants to get involved in crafting again, and possibly even volunteering. She’s interested in attending a senior’s centre so she can participate in activities with other people. “I’m looking forward to the future; I really am.”

“rTMS changed my life,” says Sharon. “I have a much more positive outlook on life then I believe I’ve ever had before. Now, there were good times, happy times, in the past but I don’t think they were ever as happy and easy as they are now. It’s just made a complete change in how I feel about everything.”

Sharon knows she’s not alone in this; she’s heard similar stories from others who received the treatment alongside her. It’s because of this experience that she believes brain stimulation will continue to change lives in the community. That’s the difference donor support makes.

“I want to say thank you to the doctor and nursing staff at the hospital. I hope people will continue to be interested in the issue of mental health and donate. It’s time now that mental health comes to the forefront. With rTMS, I’ve become able to enjoy the life that I always wanted. And I’m really grateful for that. Really grateful.”